A Gentleman in Prison 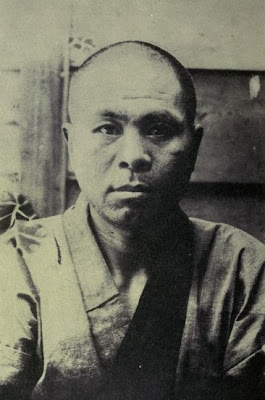 Hey everyone, as I mentioned in my last post, I finished a book last week called “A Gentleman in Prison”, and I must say that it was fascinating. It’s a book that was translated from Japanese to English, and then printed in 1920. The book is basically just the English translation of the journal of Tokichi Ishii, a famous Japanese thief, and murderer, who before being sent to his death wanted to write about how he received Christ while in prison the last year, and how he was a new creation in Christ Jesus. He explains how much of a sinner he was, and how much he loves Jesus for dying in is place, and for giving him a new life in Christ. He also then writes his testimony and how he came into this life of crime. Lastly he writes about the Lord, and also comments on scripture that has meant allot to him while waiting for his death. The book would have been great if it was just that, but the way in which Tokichi Ishii was given the death penalty, and the way he came to know Christ is perhaps one of the most famous stories in all of Japan. Here it is, summed up by Ms. Caroline MacDonald, the missionary that the Lord used to reveal Himself to Tokichi Ishii.

“The case itself was an amazing one in all its ramifications, the most extraordinary one, it is said, that ever passed through the Japanese courts. A geisha was murdered near Tokyo, and her lover was charged with the murder, and arrested. He confessed to the crime in the police station, but at the public trial, denied the charge, alleging that torture had been used by the police to extort the confession. There was strong circumstantial evidence against him, however, for he was the last one seen with the girl before her murder, and it was known that they had quarrelled. He was convicted and sentenced to be hanged. Before the sentence was carried out, however, a notorious criminal, Ishii by name, was arrested for a petty offence committed in Tokyo and thrown into the police cells. Seven or eight other men in the same cell were discussing the underworld of Tokyo and they
mentioned that a certain man had been convicted of the murder of a geisha called Oharu and condemned to death. Upon hearing this, Ishii confessed that it was he and not the man already condemned who had committed the crime. The confession created a great sensation. The other man was let out on parole and a new trial instituted. The court failed to find the slightest circumstantial evidence, however, to connect Ishii with the crime, and acquitted him in spite of his confession. The man himself protested against the acquittal, the public procurator appealed against the verdict, and the case was reopened in the appeal court. The trial dragged on in the courts and gained great notoriety. Newspapers were filled with the details of its xtraordinary ramifications. A man confesses to a crime, later denies it, but is sentenced to death on circumstantial evidence. Another man appears, confesses to the same crime, but is acquitted despite his confession. During the appeal trial, however, evidence was adduced which confirmed Ishii’s confession to its minutest detail, and he was sentenced to death. As he says himself in his writing, he was thus able to make some amends for his sins and at the same time to save an innocent man from death.

He was a man forty-seven years of age, with practically no education, but with a remarkably clear mind. He had lived a life of crime, as his own story will tell, but marked as he was by the ravages of sin, his eye was clear and his purpose steady during his trial. I saw him often during those days, and on the morning after the death sentence had been given, he said to me very quietly, “It was God’s own judgment and I am satisfied.” During the days of waiting he took up his pen to write down the circumstances which led him into crime, and the story of his repentance. He worked night and day until his task was finished, for he did not know when the end might come. I saw him for the last time just a few days before his execution and his face was radiant; but of that day and of the end I shall write when the man has told his own story. The sequel is merely the translation of the manuscript I received from him through the prison authorities, and is reproduced, as far as possible, with the same straight forward simplicity as the original. I have not hesitated to depart on occasions from the literal translation, but I think I have not departed from the spirit. “

SO it was Tokichi Ishii’s own confession that brought him the death penalty, but he was so lost in his own sin, and guilt of that crime, he writes that this was the only way he thought he could find peace. Little did he know at that time, that the Prince of Peace was knocking on the door of his heart, and soon he would know what perfect peace felt like! The lessons learned from this man are many, and in the next couple of posts I will be writing about some of the things that spoke to me about this mans story. I will also be adding some excerpts of his journals – many which are very inspiring. His childlike faith, and deep gratitude unto the Lord has sparked a flame in my own heart, and I pray that as you read some of his insights, the same will happen to you.