New update from Steve and Carissa, serving in Asia

Hi everyone, our missionaries serving in a restricted country in Asia have a new blog post. I would encourage you to read it, and to pray for the Lord to continue to use them in that place.  Thanks guys! 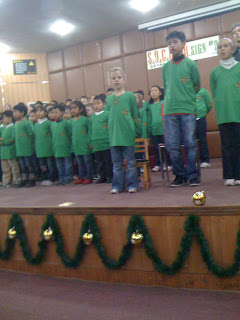 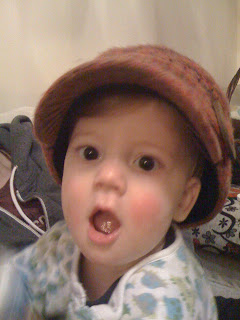 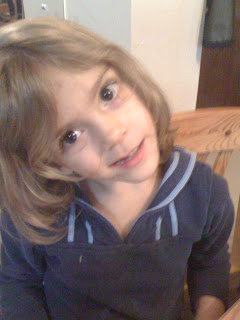 How time flies when you are busy! And yes, that was an excuse for why we have not updated our blog in so long, but it is the truth – these past few months have been very busy. 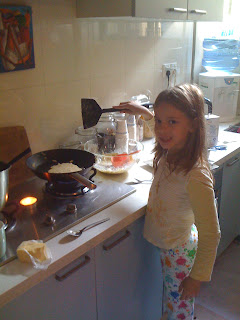 Thankfully we have just entered a break for Christmas, and we are looking forward to just being able to rest and relax and let our tired bodies recover! Here’s what’s been going on
The Home front: The kids are all growing really fast! And as you can see, we have been putting them to work. Ruthee has been learning how to make pancakes, and Vaylah coffee. Soon our dreams of sleeping in and waking up to a hot breakfast will be coming true! And even though someone in the house has been sick for about two months running, all four of them seem to be doing well. Last week in school we had our yearly Christmas program, for which Vaylah was one of the main performers and Ruthee also had a solo – we were such proud parents! Dayuma has had her ups and downs adjusting back again, but we can really see His hand holding her. And Abishai is the star of the show where ever we go! Between his sisters picking him up, and all of the ladies at school wanting to hold him, he hardly ever touches the ground! He probably will not figure out how to walk until he’s five!
The School: Apparently contracts do not mean very much here. The school has found that out the hard way this year. The owners of the building we rent decided to renovate at the start of the year, despite direct stipulations in the contract stating they would not. As they gradually took more and more of our space, and began using products with more and more of an odious odor, it became clear we were not going to be able to keep using the building. Thankfully the school had a second campus; it was not, however, yet in use. It was scheduled to open in February. But there was no other way around it- so in the space of five days we had to move the entire school about 30 minutes away. It was not an easy task, but He was strengthing us and we were able to do it! There are naturally some problems that come with this, but we were able to maintain a functioning school, which is really quite an accomplishment (at least in our opinion).
Ministry: Steve’s saturday class is going great. We are really beginning to see growth in some of the students. There are four guys imparticular who we are really impressed with. All four have expressed interest in on day returning to their hometowns as ‘teachers’. In the next of weeks Steve will begin meeting with these four on a regular basis for more intense study and preparation. Please lift this up to the Father, both for protection and wisdom/guidance.
The youth group is also flourishing. It is only happening once a month at this point, but we are having about 25 kids turn out. Many of them are asking for it to be more frequent, but we feel so busy as it is that it is hard to envision us being able to do this. Please ‘ask’ for someone to come alongside who has a heart for this. It is such a great need and is bursting with potential – if there were some one able to step in and run with it I truly believe that it would take off.
We have also been priveleged to see the girls have exposure to ministry first hand. Just within the last week to two big girls have been able to go to a local girls home to hang out and decorate for Christmas, and also go to a foster village (a village where almost every house is taking care of a foster child) and pass out presents. It is so exciting to be able to watch them get involved in helping others, and seeing the Father touch their little hearts. Our hope is that they would gain as much exposure to this as possible, to the point that it is ‘normal’ and they see nothing unusual about it.
We dearly miss our friends and family at home and around the world! Merry Christmas to all

We are thankful for: improved language acquisition; growth in Steve’s students; good friendships that

we have developed.
Our requests are: Steve’s ‘leadership training class’; continued language help; wisdom in training up our own children